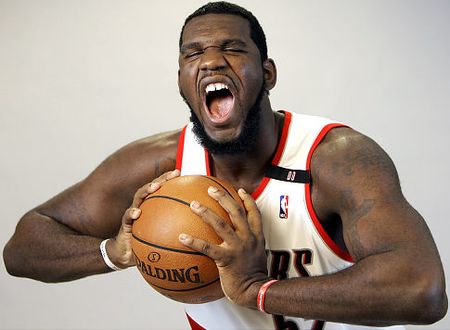 From time to time we like to offer a suggestion or two regarding player personnel to the pro sports teams in the city. No, it’s never a major undertaking because, frankly, it’s neither our place nor money on the line. In fact, some might believe it’s a little untoward for folks like me to offer such suggestions unsolicited.

But aside from their standing as privately held corporations, pro sports clubs are also a public trust. Because of that I don’t feel particularly guilty about inserting my two cents where no one asked.

Hey, just because it’s a sports team that doesn’t make it OK to be rude.

Anyway, in the past we suggested it might be one of those trendy low-risk/high-reward moves for the Phillies to make a move for Barry Bonds, Jim Thome, Roy Oswalt and Pedro Martinez. We also suggested at one point or another that trading away Cole Hamels or Jayson Werth was worth investigating, too. Of those offerings, we were the first to broach the ideas on grabbing Pedro, Thome and Bonds and dealing Werth, while the others (Oswalt and Hamels) came from within the organization.

Apropos of nothing, we think it would be a good idea to bring back Pedro if for no other reason than to give the press someone interesting to shoot the breeze with. Not only was Pedro a genius on the mound and the veritable right-handed Koufax, but he also was a top-notch storyteller and a fun guy to have around. Better yet, his Louis Vuitton man-purse was truly fashion forward.

Additionally, we rightly suggested to the 76ers that it would be a really good idea to draft Evan Turner with the No. 2 overall pick last June instead of trading away the selection for Jeff Ruland. So, yes, you’re welcome for that one.

The point? Oh yeah, that…

Obviously, the Sixers have had a pretty nice season and could be a surprise team next month when the playoffs begin. The word on the street is though they probably won’t advance past the first round, no team really wants to face the Sixers in a seven-game series. The team’s youthful energy and inexperience just might be advantages in some regard simply because the players on the team don’t have a track record of failure.

In other words, it might be an upset if the Sixers move past the first round of the playoffs, but it won’t be a surprise.

Of course the Sixers are a flawed team, too. No doubt that fact came to light during the 114-111 overtime loss to the 20-52 Sacramento Kings in which Doug Collins’ gang coughed up an early, double-digit lead. The most difficult part about the loss was it came in the first game of a back-to-back which wraps up on Monday night against the Eastern Conference-leading Chicago Bulls. No, it wasn’t quite a must-win for the Sixers, but it may as well have been.

Still, it’s never too early to come up with ideas on how to improve the ballclub even though the way in which the NBA will conduct its business is still unknown. Chances are there will be a lockout this summer and the current salary cap and the way free agents are bid for could change. If the NBA and the players association does the American thing and eliminates a salary cap[1], then there is no excuse for the 76ers to sit idly by when free agents hit the market.

But for arguments sake, let’s assume everything remains relatively the same. With that in mind, the most interesting potential free agent this summer could be Portland’s Greg Oden.

Oden, of course, just might be the most hard-luck top draft pick in pro sports history. Selected as the top pick of the 2007 NBA Draft after one season at Ohio State, Oden missed what was to be his rookie season when he underwent microfracture surgery on his right knee. He made it through 61 games in 2008-09 averaging nearly nine points and seven rebounds with a handful of big-time games before an injury to his left knee ended his season. 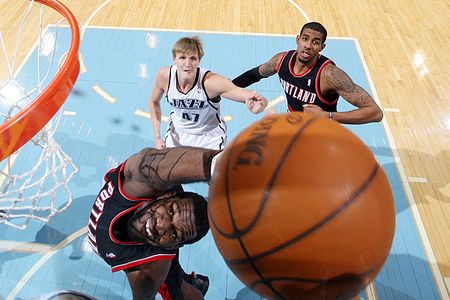 The 2009-2010 season started out with a lot of promise where Oden had a 20-rebound game and was averaging more than 11 points and nearly nine boards per game until his fractured his left patella after just 21 games. That left knee injury never really recovered and in November the Trail Blazers announced Oden was to have microfracture surgery on his left knee.

Once again, done for the year.

So we say, Hey Sixers… why not?

Oden could turn out to be the poster child of low-risk, high-reward pickups if Portland allows him to walk, or, maybe in his case, limp. But really, what do we know about Oden? Can he play? Is he damaged to the point where he will never play a full season?

What is known is Oden was a No. 1 overall pick after just one season of college ball. Even though he has missed parts of the last four seasons and has played the equivalent of one full NBA season and, just 23, would be wrapping up his rookie season if he exhausted all of his eligibility at Ohio State. If he were to join the current Sixers’ roster, Oden is younger than rookie Craig Brackins, two-year veteran Jodie Meeks as well as three-year pro Marreese Speights. Meanwhile, Oden was a year ahead of Evan Turner at Ohio State and would have been classmates with Spencer Hawes and Thad Young.

Clearly, Oden would fit right in with the youthful core of the team. Better yet, the Sixers need some size to go with the solid backcourt and wing players. At 7-feet tall, Oden is a true big man the team has missed for a long time.

As for his fragility, the duel surgeries on both knees shouldn’t be limiting. In fact, microfracture surgery seems to be the Tommy John surgery of the NBA where guys like Jason Kidd, Allan Houston, Kenyon Martin, Tracy McGrady, John Stockton, Chris Webber and Amar'e Stoudemire have undergone the procedure and returned without missing a beat. However, Penny Hardaway and Jamaal Mashburn had the surgery yet did not regain their old form.

Nevertheless, stories in The Oregonian indicate the Blazers will make the qualifying offer to Oden simply to save face. After all, Portland took Oden ahead of Kevin Durant in the draft and have paid out nearly $21.8 million in salary to their top pick over the past four years.

Besides, are the Blazers ready to be struck by lightning twice? As everyone remembers, the Blazers took injury-prone big man Sam Bowie with the No. 2 overall pick and had him for all of 139 games over four years, instead of taking Michael Jordan. Durant isn’t quite Jordan-esque yet, but he’s on the right path.

Whether Oden can catch up—and where that takes place—is the interesting part.