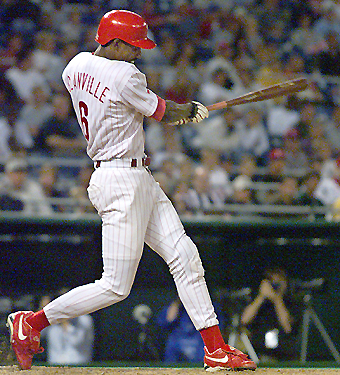 As everyone (or at least baseball fans and media types with no lives) try to play the guessing game over which players and ex-players will be on The Mitchell Report, a handful of names are beginning to leak out.

According to a report on ESPN, Yankees Roger Clemens and Andy Pettitte are reportedly on Mitchell’s list. Yet as the dangerous game of implicating people without any acknowledgment of the league’s collective bargaining agreement or due process continues, the speculation runs rampant.

Around these parts folks are wondering which Phillies (or ex-Phillies) will be on Mitchell’s Report. We can’t get into that, but we know for a FACT that all-time favorite Phillie, Doug Glanville, WILL NOT be implicated on the Mitchell Report.